The oil extracted from Avocado pulp is used in cosmetics. Rich in oleic acid and therefore highly nourishing, it is known to protect, relax and regenerate dry and mature skin. It is also recommended for the care of fragile and sensitive skin.

The avocado tree is native to Mexico and its fruit, the avocado, was known and consumed thousands of years ago by the Aztecs and Mayans. There are many written texts mentioning the cosmetic use of avocado by pre-Columbian populations who used it to protect their skin and applied it to their hair to help it grow. It was not until the 17th century that it was imported into Europe by the Spanish conquistador Hernán Cortés returning from a trip to the New World. This fruit was called "ahua qualt" by native populations which in turn became "aguagate" and then "avocado". 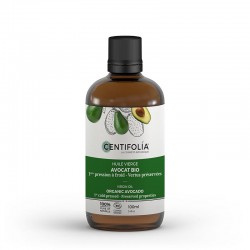