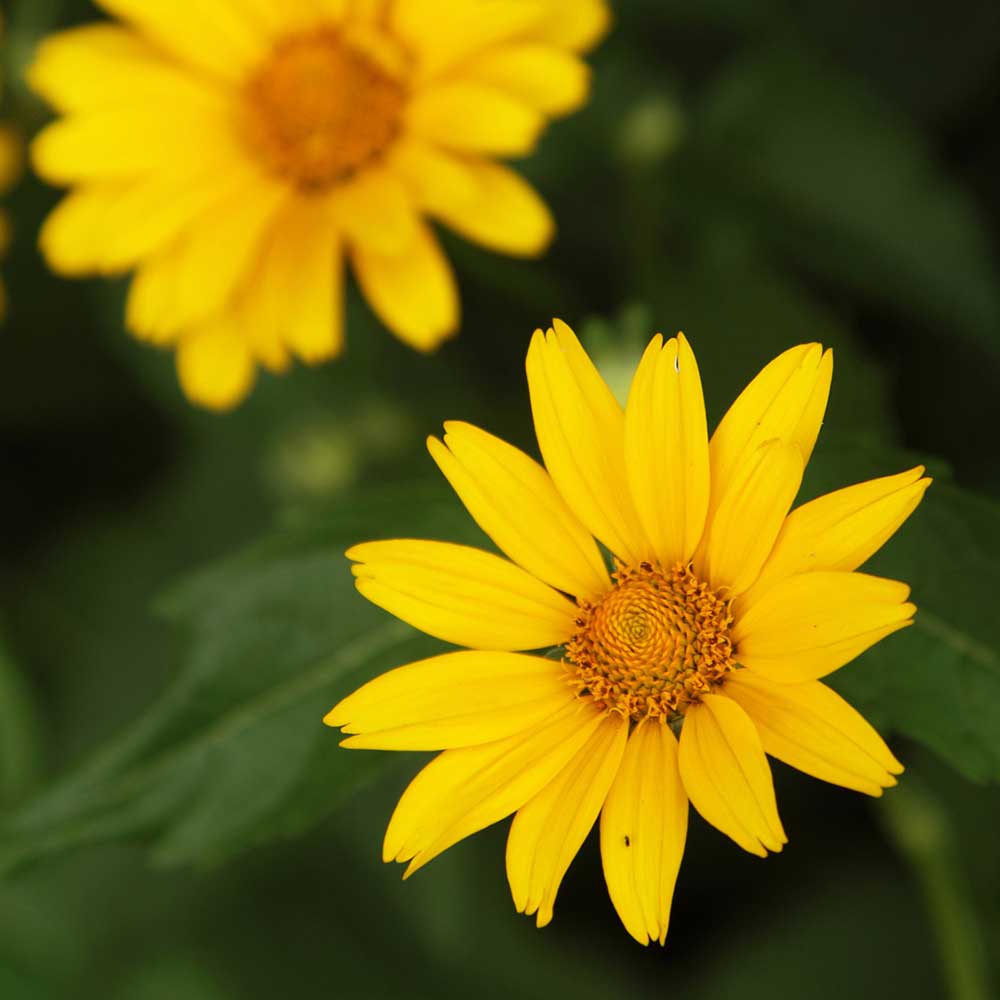 In cosmetics, the Arnica flower is used in the form of macerated oil. The principle of maceration consists in mixing dried flowers with a vegetable oil to extract all their properties. Arnica oil has traditionally been used for its soothing properties. It is known to soothe painful areas and treat bruising.

Arnica, also known as "mountain arnica", is a plant with yellow flowers that grows in mountainous regions. Its origin and history remain uncertain. It seems that it was known in ancient times but the earliest written texts that mention it date back to the Middle Ages when Saint Hildegard of Bingen described its magical virtues and called it a "love elixir".

This mountain plant has been popularly known in France as the "boo-boo plant" (since when applied locally, it is said to reabsorb haematomas) and the "holy plant" (due to its rapid, almost miraculous effects).  In the 14th century, the Italian botanist and doctor Matthaeus Silvaticus was the first to speak of "ptarmica" (derived from the Greek "ptarmike" meaning to sneeze), which was deformed to give the word "arnica".