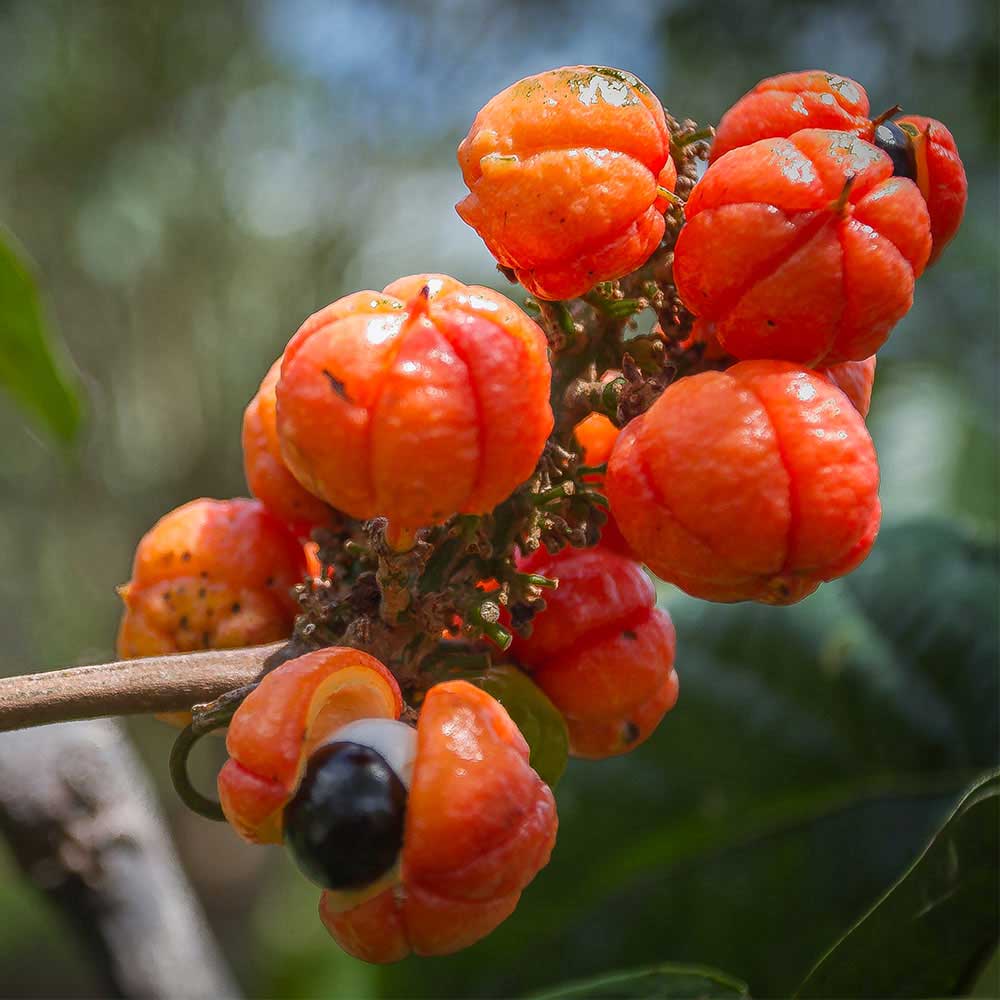 Rich in caffeine, Guarana is an active ingredient used in various cosmetic products for its stimulating, toning, antioxidant and astringent properties.

Traditionally used by Amazonian Indians, the "Guarana" owes its common name to the Guaranis, who were the first people to take advantage of this shrub's benefits. Its botanical name "paullinia cupana" refers to the German doctor Christian Franz Paullini who was one of the first Europeans to discover the virtues of Guarana in the 18th century. The Guarana is a climbing plant native to the Amazon basin that can reach 10 metres in height. This shrub, which is widespread in Brazil, produces small red fruits whose seeds are known for their high caffeine content. This active ingredient also called guaramine has a higher concentration of caffeine than coffee (almost 4.5g per 100g).